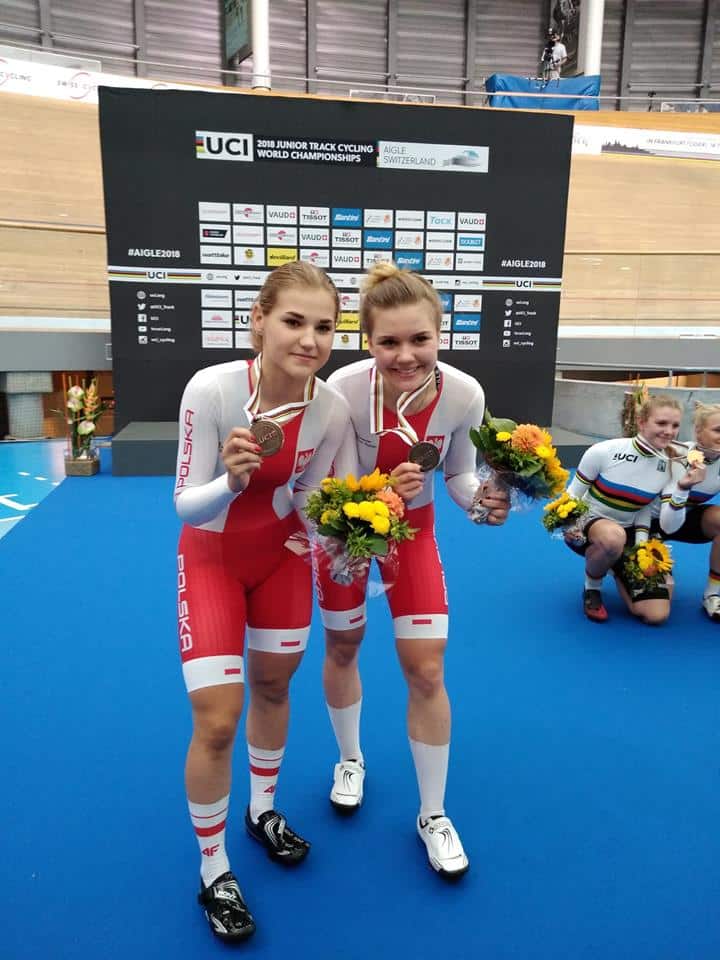 The Polish representatives of BCM Cycling Club Nowatex Ziemia Darłowska officially started their journey to the Tokyo 2020 Olympic Games in August. A good start in the European elite championship gave them the first Olympic qualifying points. The rest of the month marked their start in the junior world championship finished with medals thanks to the  POC Partners support. On September 4, during a special gala ceremony, Darłowo residents thanked the cyclists for their summer achievements and emotions they triggered.

The three cyclists from Darłowo were part of the national team at The Elite European track cycling championship, among them the sisters Daria and Wiktoria Pikulik with Marlena Karwacka.

Daria and Wiktoria took part in medium-distance competitions, i.e. a 4 km team race, omnium and madison, while Marlena competed in sprint competition, both in a team and individual sprints. In the team race, the cyclists from Darłowo, together with their colleagues from the team, set the Polish national record and finally took the fourth place, outrun by the German representatives in their fight for the bronze medal.

In omnium, or a multi-track track, Daria Pikulik ended the race in the 6th position, while at the madison race the Pikulik sisters finished the competition in the 9th place.

Marlena Karwacka, taking part in the team race together with Urszula Łoś,  beat the Polish record and finished the competition in the top eight world cyclists. In the individual sprint Marlena was classified at the 11th position.

The European Elite Championship was an extremely important event being part of the qualifications for the Olympic Games. The earned places gave the Darłowo team the first qualifying points on their way to TOKIO Olympic Games in 2020.

Swiss Aigle hosted the world championships of the track cycling in August from 15th to 19th. Four of our players were in the team: Marta Jaskulska, Wiktoria Kierat, Nikola Sibiak and Nikola Seremak – the first year junior.

The final of the first day brought Jaskulska a silver medal in the scretch plus a bronze for Nikola Seremak paired with Nikola Sibiak in the team sprint.

On the second day of the championship a team race in pursuit was held with the Polish national team represented by  Marta Jaskulska and Wiktoria Kierat who took the 8th place. Nikola Seremak finished the single competition in the 7th place breaking her life record, and Nikola Sibiak was classified among the best four of the globe wining her medal on the next day, which gave triggered high emotions and brought great results! Two medals won after an incredible fight, after many odds and huge dramas revealing the incredible heart for the fight,  were the bronze medal in sprint of Nikola Sibiak and bronze in omnium of Marta Jaskulska. Both medals were won in Olympic competitions!

The fourth day of the championships brought even more successful results for  Nikola Sibiak, who was the runner-up in Keirin championships. She firmly passed the qualifiers and semi-finals, after which she won a silver with a daring attack in the finals.

In addition, in the madison race, the pair race, Wiktoria Kierat and Marta Jaskulska ended their competition in a very good 6th place.

With these results BCM Cycling Club Nowatex Ziemia Darłowska confirmed its strong position in women’s cycling, remaining one of the leading clubs with representatives winning medals in the Polish, European and world championships for years.

From the beginning of the 2018 season, the club has been supported by POC Partners. Apart from sponsoring the club by making donations, Marina Royale investor invited the cyclists to the prestigious spring races in  Belgium.