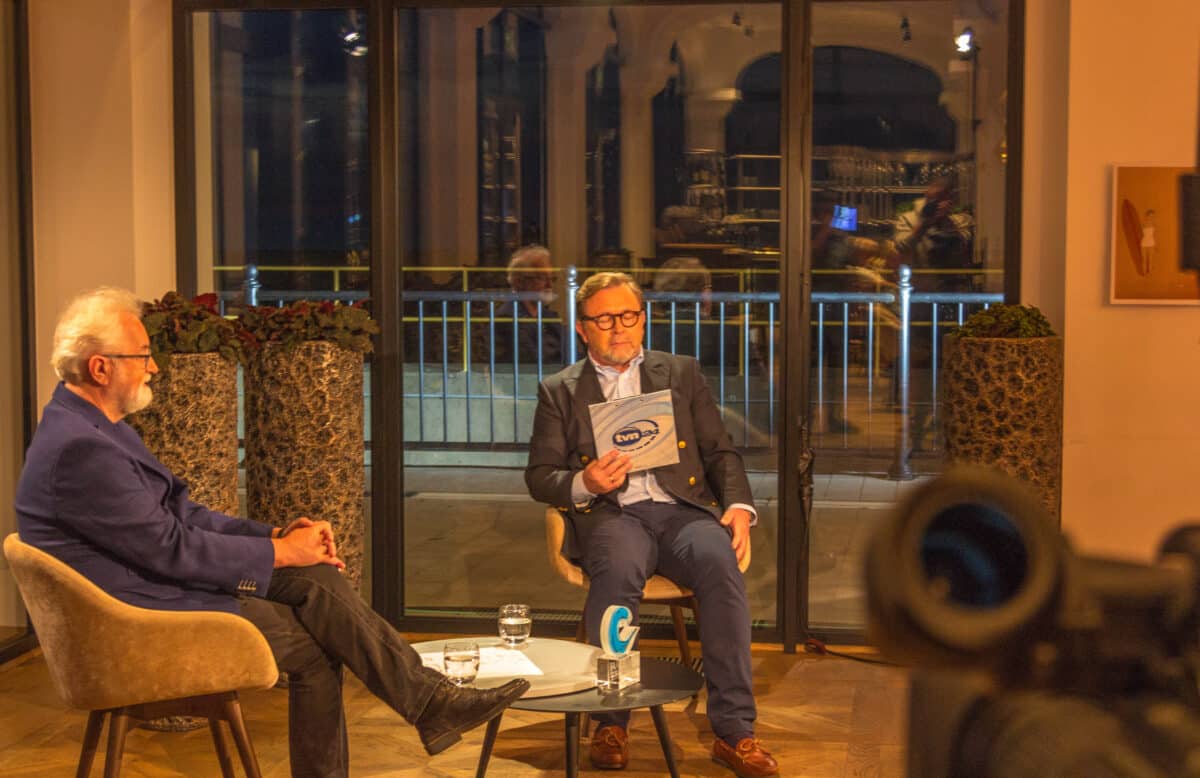 Every year, the city of Darłowo is visited by the media, and it has also hosted the Media and Art Festival for years. This time, the centre of Darłowo’s seaside resort (to be precise, the Marina Royale viewing terrace and our Brasserie LIDO) turned into a studio floor for the recording of Szkło Kontaktowe (Eng. Contact Lenses), which is a popular TVN24 talk-show.
It was in the glass interiors of our restaurant that the episodes hosted by journalist Wojciech Zimiński and cartoonist Henryk Sawka were shot. Due to safety and sanitary procedures, the recordings were made without the participation of the audience.
The Royal City of Darłowo and the “Szkło” crew have intertwined since 2011 thanks to the Media and Art Festival, during which, in the past, the station’s reporters ran a daily satirical-publicist program for millions of viewers from inside the Castle of the Pomeranian Dukes or from the seaport canal.
This year’s live broadcasts were made in cooperation with POC Partners, the
investor of the Marina Royale project in Darłówko Zachodnie.
We encourage you to see a photo coverage showing the backstage of the recording.
The authors of the photos are Artur Wejnerowski and Dawid Jasiewicz.

Detailed information regarding the processing of personal data can be obtained at the following e-mail address: info@marina-royale.pl or by telephone number + 48 604 558 100.